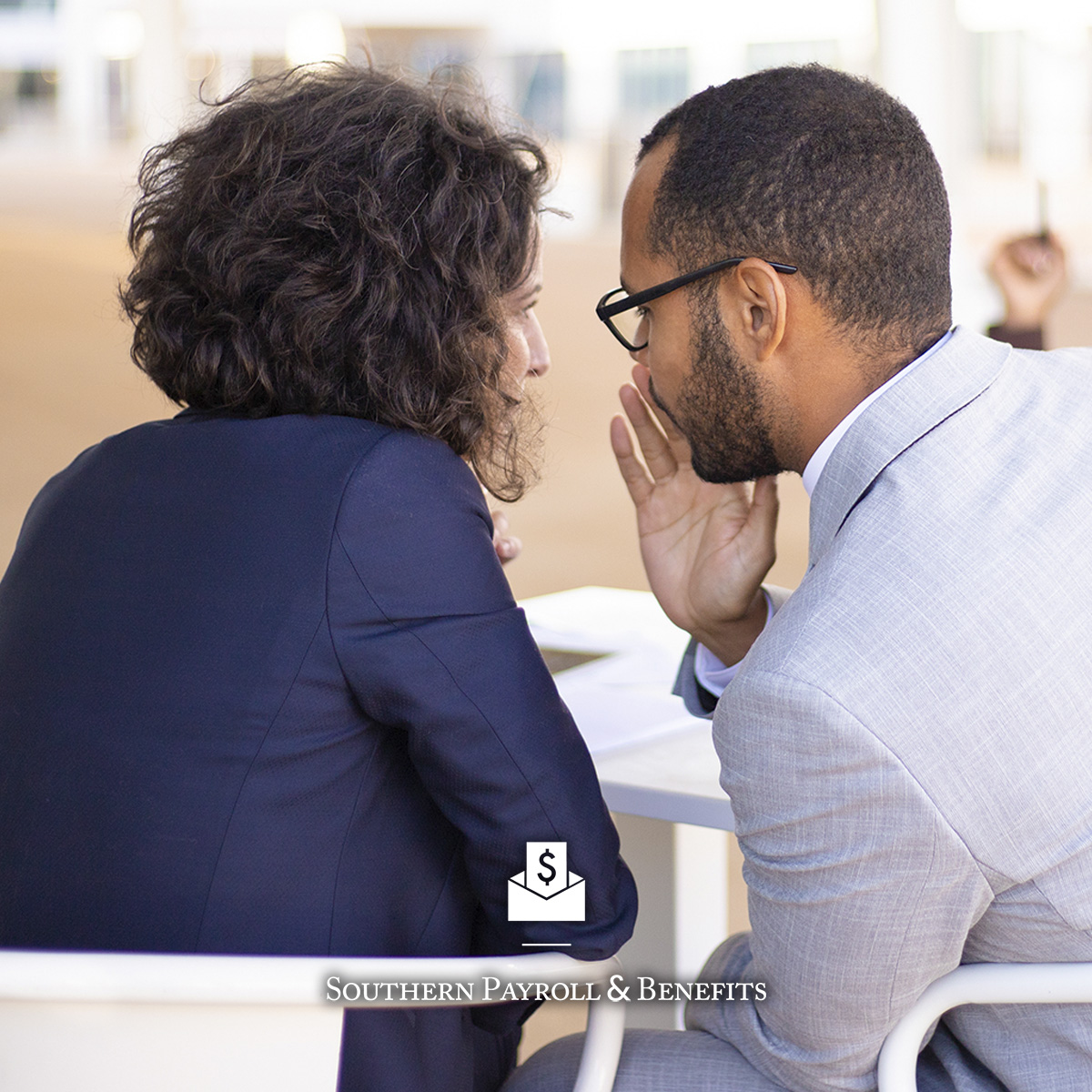 I remember being taught early on how to react when someone asked, “How much money do you make?” Just tell them: “Nunya!” as in “Nunya Business!” According to some people I’ve talked to those times are in the past, but it’s really difficult for me to get past the idea that it’s just plain rude to ask how much a friend or co-worker makes…and just about as rude to tell them when they do ask.

Basically, the National Labor Relations Act (NLRA) allows any non-supervisory employees the rights to “organize and engage in ‘concerted activity’ for the purpose of mutual aid or protection.” That applies to union or non-union employees and it includes “discussions about wages, benefits, treatment from managers, safety issues, and just about anything else that two or more employees might have a stake in.”

They are allowed to talk about it in private or public, in emails, non-work-time chat, and social media among other places. It can include individual employees making public complaints about wages or conditions if they are symptomatic of the feelings of the general workforce or if they are an attempt to gain the support of other employees in an effort to correct problems.

Mostly this sounds like a good way to protect employees from predatory employer practices, but it does have the potential to create other problems in practice.

Let’s think about your newest employee…we’ll call him “Mike.” You hired him on for a $50,000 salary after he graduated with a Bachelor’s Degree with some months of on-the-job experience as an intern. You gave him a good benefits package and outlined what he would need to do to get a raise in 6 months, then again after 12 months on the job. After 6 months on the job, he’s doing very well and you give him a 10% raise and he’s really happy…until he talked to “Jane.”

Jane got hired on about 4 months after Mike, has a similar Bachelor’s Degree and does a similar job, but because she actually worked in the field for several years as she finished high school and all the way through college, you award her extra experience with the same $55,000 you just raised Mike to. In another time, he wouldn’t have asked her what she made…and she wouldn’t have told…but when he asked, she told him…and he got jealous…and mad!

That leads to Mike coming to you in an angry mood. He says, “I’ve been here longer than Jane, but she started at a higher rate than me!” What he wasn’t privy to in the hiring process is the fact that she has a longer resume than Mike and had sterling personal and professional recommendations from college professors and previous employers. You shouldn’t have to explain all your reasoning to him…especially since the time you’re using to do so is time that he’s being paid to actually work…but here you are.

The reality is that what an employee gets paid should be a piece of business that only that employee and their employer know the details of. If Mike agrees to do a job for a certain amount of money and Jane only agrees to do it for a little more, then that should just be put down to Mike’s inferior negotiating skills or higher level of desperation. But…that’s not the world we live in.

Instead, I encourage employers to be as transparent as possible all employees when they are hired about the expectations, requirements, and wage scale for the job they are taking on. Explain in detail…and in writing…the process for getting more money at review times and give them quantifiable goals so they know what to expect before review time even arrives.

It is also a great idea to assign someone…maybe yourself…the task of having an “open door policy” when it comes to labor issues and workplace safety. If someone has a concern, complaint, or question they should know that they are first able to come to someone in the company with the power to change it, instead of running to other employees and trying to come up with a collective…and possibly public…effort to make change.

I’m not saying that you need to be your employees’ “best friend,” but a balance of authority and approachability can go a long way toward making your workplace a thriving community of productive and loyal employees.

Can I Stop Employees From Discussing Salary?